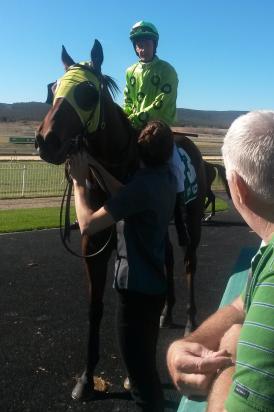 Following a very successful 3yo campaign (8 starts, 3 wins, 1 placing) "Todd" - the star of the stable - has been sent for a well-earned break.

He travelled to Grafton for the Guineas run on Wednesday 13th July finishing a creditable 7th of 14 runners in a quality field. After pulling hard during the early to mid sections of the race "Todd" looked as though he was going to put in his now familiar big finish only to die on his run in the last 100m or so.

It's been a real joy to be part of the excitement that big fellow brings to the track and we look forward to his return as a 4yo in 7-8 weeks time.